So I've managed to pry myself away from A Game Of Thrones by George R R Martin long enough to do this post. I started reading it last week and I cannot stop it's so good. I'm only about 10 chapters in and I'm already completely emotionally attached to the characters (well, the nice ones anyway). The only thing I dislike about Martin's writing is what he does to them. Poor Bran and Lady (If you've read the books you'll know what I mean). I actually sometimes have to stop reading for a bit because its rather upsetting. Silly, I know, but this is what Martin's brilliant writing and imagination is capable of doing to people. I also really want to watch the HBO series based on it, but unfortunately I know it's going to take me an age to finish the book as it's so big and I'm a slow reader, so I will have to wait.

Anyway, on to more of my uni work. Like I said last time, my final project was one where we chose a trend and researched it to give us inspiration and design ideas for the company we were designing for. Not actually and literally designing for them obviously, just hypothetically, so we could grasp the concept of working and designing with others mottos and ideals in mind, instead of just designing for ourselves with no limits. I chose Botannica Britannica for my trend as I thought it would be the best suited out of the four trends we were made to pick from, for my brand Ben Sherman. Designing with this company in mind gave me a chance to design menswear for the first time which made a nice change. I did find it more difficult and I did kind of like it, but I don't think it's really suited to me to be honest. Although maybe in the future I wouldn't mind trying to design for a proper high end menswear brand, as I would have more freedom, or a tailoring company as I adore suits and jackets (especially the good old classic Tweed, of which I own about three of myself).

So to get my designs best suited to the Sherman brand, I started out by drawing technical flats of the ranges of clothing he has, for example his classic pieces and his statement pieces. 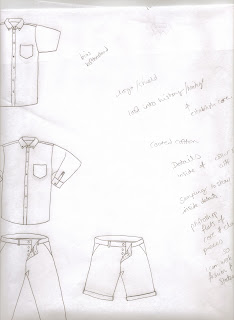 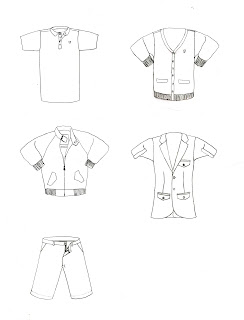 Once I had done that I then used my floral ideas as colour references and prints and to keep from doing the normal floral shades and patterns, I decided to look at dying flowers to get the musty, cloudy tones which not only gave it a uniqueness but it also manned up the florals a bit to suit the customer profile.
The resulted fabrics chosen were ones with an antique and aged look about them and I then used them in an appropriate way to suit Ben Sherman. For instance, sometimes a whole print would be used for a pair of shorts or a shirt, or it would just be in the details like the binding or the cuff or the lining. I also zoomed into some classic Sherman pieces, such as their shirts and jackets, so I could really pick out the statement details. 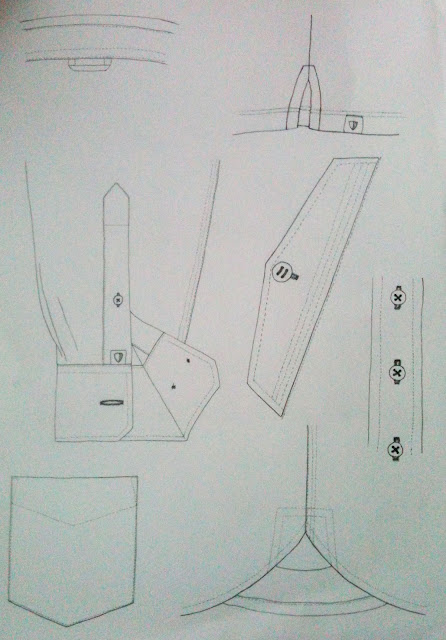 Once I had my designs and fabrics finished I could start off on my trend book, which was to be produced digitally and then sent off and printed out into a professional looking book. Here a a few pages from it. 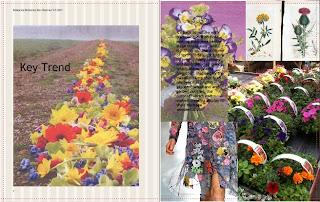 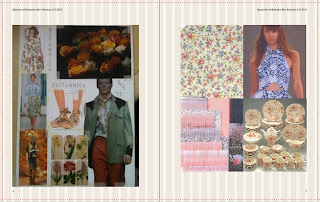 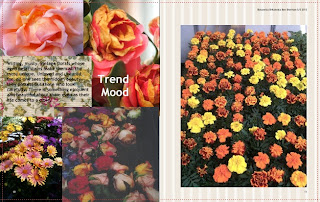 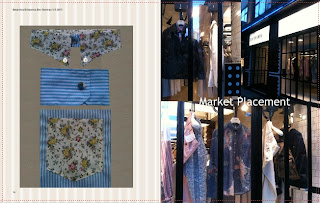 And then finally my illustrations, which were done in a similar manner to my previous project. As you may be able to tell, I can't draw mens faces as well as I can women's so do forgive that. 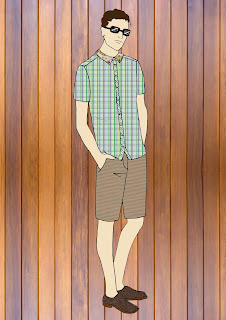 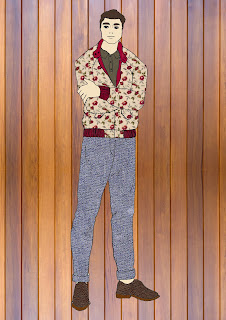 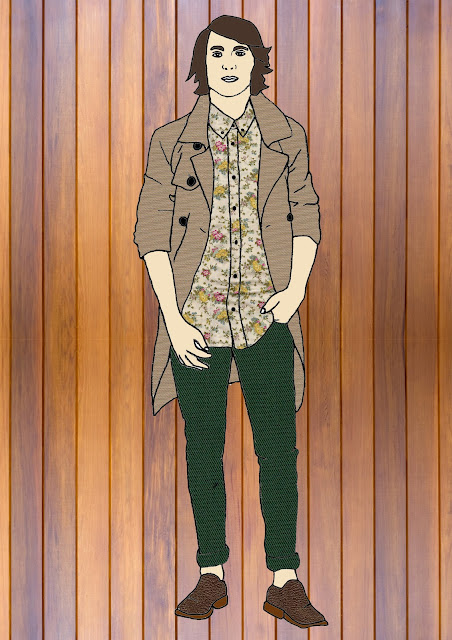 So basically, yeah, that was my final project for year 1 at Northbrook. Just got to get started on my summer project now, although I'm never in the mood for it. I just want to relax, read, write, do some craft things and play some more tennis; I finally managed to get to the courts a couple of times with the family before getting a cold, which soon turned into an absolute hacking cough and which still hasn't completely disappeared. Hrmph :(

So anywho, I shall leave you to your business and I hope you have a wonderful day. And thankyou for reading
:)
x
Posted by Emily at 17:25

Please feel free to comment. I appreciate them all and try my upmost best to read and reply to all of them! x

Emily
United Kingdom
Hi, my name is Emily, I am 21 years old and am an ex-fashion student. This fun blog of mine compiles everything I have to say on fashion and beauty, plus other random things I wish to talk about such as miniatures, games, books and films etc. I hope you enjoy it and thankyou for looking. 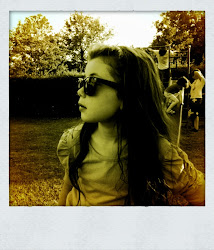 Lola in my sunglasses (vintage edit)